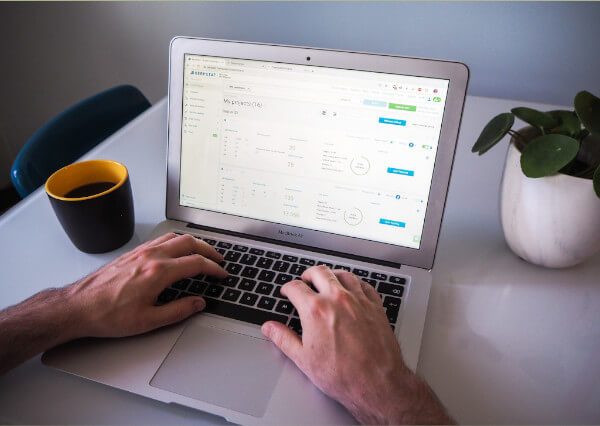 Yes, Google may remove Google Maps reviews that the owner/admin of a Google My Business page wrote a public reply to.   Responding to a review doesn’t seem to validate it in Google’s view, as in, “Well, if business owner replied to it, it must be legit.”  Your response to a review doesn’t fossilize that review for eternity.

Every now and then a client gets a bad review from a non-customer, a real customer with a bogus or irrelevant complaint, a slimy competitor, or another  questionable source, and the question I get is: “Should I report the review to Google or should I reply to it?”  If you’re wondering the same thing, I’d say you should do both.  Report the review and reply to it in a circumspect way (if you think you’re better off with a response up for all to see).

In the past I’ve suggested first trying to get a bogus or irrelevant review removed, and then replying to it only if Google doesn’t take it down (which is what happens more often than not).

But recently Google has removed a few reviews that (a) the owner of the Google My Business page replied to and that (b) I flagged for removal.  In those cases it took a couple of months, but it was still a good outcome.  Here’s an example of what that looks like when it works out. 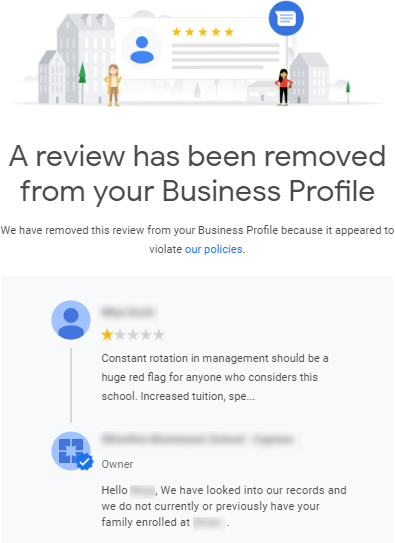 WILL Google remove every review you report?    No – not even close.  What hurts your business doesn’t hurt Google’s business.   For the same reason that Google didn’t auto-filter the review right out of the chute, the chances are high that Google doesn’t consider the review unfair enough to remove it manually after your reporting it.

What does all of that boil down to?  Two things:

You can go ahead and flag reviews that you already replied to. Of course, one possible danger is that the reviewer writes you another, angrier (or more bogus) review on Google Maps or elsewhere (or both).  In general, I’d say that’s an acceptable risk. You can reply to damaging reviews even if you’ve already flagged them. You’re not making the review stick by responding to it. Does your response tip the scales at all, so that the review is more likely to stay put?  That I do not know.  I know only that Google may remove a review that’s been replied to.

How much success have you had any in getting Google to remove reviews of your business that you replied to?

How about reviews of other people’s GMB pages – reviews that they replied to and that you reported?

P.S. Do you know of anyone who’s already written on this (so I can give any due credit)?